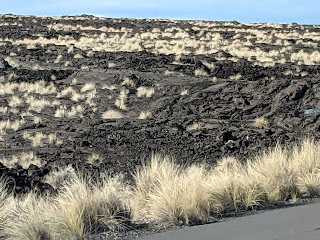 Certainly nature's handiwork, but not exactly the picture that comes to mind when mainlanders think of Hawaii. The photo above shows an area of lava rock with tufts of grass. This is porous and rough lava rock, with little visible soil. As I understand it, a volcano erupts and pours out lava across a wide area. It's not just a river of lava that runs to the sea, but an area of many square miles "flooded" with feet of lava. On the Big Island, one imagines these areas are generally not developable because of the risk of future eruptions. (Then again, people in hurricane zones don't seem to be deterred by losing everything they own every twenty years or so.)

On our last day on the Big Island (the island of Hawaii, part of the state of Hawaii), we drove to Kailua-Kona (near the airport) for breakfast. A wall on one side of the street caused lots of splashing. Greg got a good shot of Gary.

We then went to the airport. Greg left for home while Dan, Lauren, Susan and I went to Maui. Inter-island travel is pretty smooth, especially with TSA pre-check. Hawaiians are pretty conscientious about wearing anti-virus masks. We found the Krispy Kreme, the doughnut chain no longer available within a hundred miles of Rochester, NY. 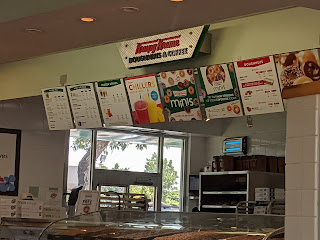 Maui is not covered in recently hardened lava fields like the big island. However, the drive from the airport to our B&B was two-lanes each way, bumper to bumper, at 45 MPH. Again, apart from nice views from specific spots, Hawaii doesn't look like I thought it would look.

We arrived at our B&B and tried to view the sunset over the ocean, but distant clouds blocked the view. 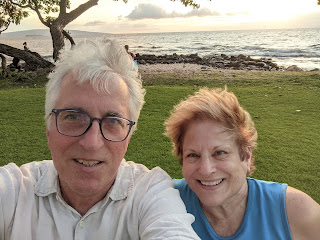