Not Staying Fired Up over Standing Rock 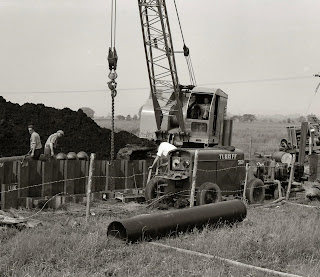 I'm having a hard time staying fired up over the Standing Rock protests. The protests are located on, and always have been located on private property, and the property owner does not want the protesters there. They're either trespassing or not, and it's a modern legal matter, no matter who might have been buried there a dozen generations ago.

Part of the protest is about water quality and other environmental quality. Of course, no water has been poisoned by the unfinished Dakota Access pipeline, so reports of frightened children are premature. It's true similar pipelines leak occasionally (generally amounts that are apparently not newsworthy). If you're not willing to shut down every pipeline, everywhere, then the localized action at Standing Rock is practically meaningless. I'm pretty sure very few Americans want to shut down all pipelines and accept higher fuel prices and limited supply.
https://en.wikipedia.org/wiki/Dakota_Access_Pipeline

Part of the protest is about the sacredness of the land surrounding the pipeline's path. Every article I have read about this seems to accept the sacredness without question or investigation. I was able to track down some of the legal submissions that do indeed discuss this. There is evidence that the affected lands have been used, and continue to be used, for religious purposes in ways that are specific to the lands. In other words, the pipeline could theoretically disturb specific ceremonial locations, and the ceremonies might not translate well to, say, a room at the local public library.

However, it appears only a handful of people (trained tribal elders, and possibly no one else) know the locations and ceremonies. Tribal experts have identified many sites in legal filings. The Meskwaki people most closely involved with protests number 4000-5000, and the Sioux people more generally number over 170,000. If a particular location was regularly the site of a ceremony involving thousands of people, we would probably have heard about it. I get the impression most Native Americans do not know the details of the sacredness and do not regularly, if ever, participate in ceremonies along the Dakota Access path. Since the tribes are against the pipeline, they are not unbiased in their identification of sites.
https://d3n8a8pro7vhmx.cloudfront.net/honorearth/pages/2295/attachments/original/1477095838/DAPL_Letter_to_Corps_10.10.16_SC_HTE_IEN.pdf

That's not to say the sacredness claims don't matter. I'm trying to convince myself they do matter. I wouldn't want a pipeline running through my father's gravesite or through, say, the Church of the Holy Sepulchre in Jerusalem (a sacred Christian site). On the other hand, there are few references to specific disturbances. I am not aware that any bones have actually been unearthed, or that any of the sites are now unusable. One of the legal documents describes the dredging of waterways that resulted in the end of the formation of a certain type of smoothed stone used in ceremonies, but that dredging occurred decades ago.
http://sacredstonecamp.org/dakota-access-pipeline/

Articles describe the destruction of a sacred area in 2016 by construction vehicles even when the site was identified in advance as part of the construction approval process. However, it remains unclear what these sites looked like, how they were identified in advance by tribal historians, and how the construction workers were supposed to know about them while working. The only photos I can find are of mournful protesters supposedly hovering over sacred sites, rather than of the sites themselves. There are simply no photos or videos of a bulldozer driving through an ancient stone prayer ring. I'm not saying the DAPL hasn't disturbed any areas that had been identified, but the documentation hasn't been uploaded. The protesters blame the construction for taking place intentionally in areas identified as historic sites, and that can't be discounted, but to what end? To finish the pipeline sooner at the risk of fines? I am not accusing anyone of lying, but the tribes do, and it would seem that the tribes have more motive to lie than the construction company.